Hey Everyone:
Keeping up with what is going on in Nevada and the Silver State Classic Challenge..... 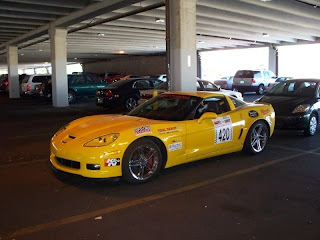 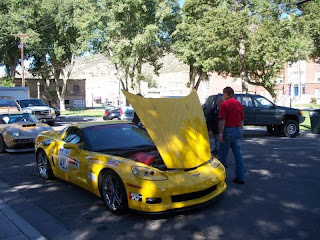 That guy in the red shirt is the Big Guy promoting his milwaukee status to the people of Nevada!!!
So you might also be wondering what types of cars are in the Silver State Classic Challenge (I did not know so I asked and I did receive some pretty awesome looking cars!!!) So they take most of the cars on a parade thru the downtown area and if there is room in the car the Boy Scott's are allowed to ride in the cars during the parade. 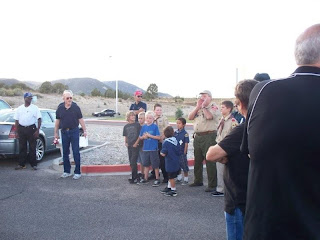 There are porshes, vipers, mustangs, chargers and of course the Big Guys favorite Vette's.... 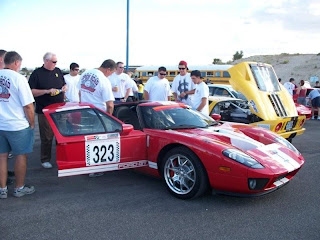 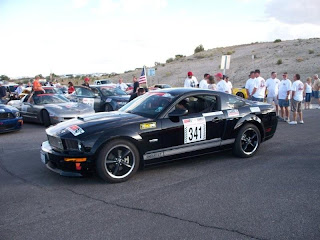 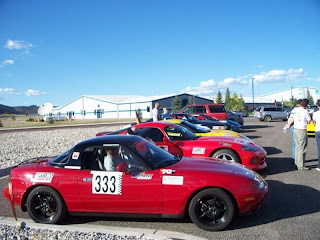 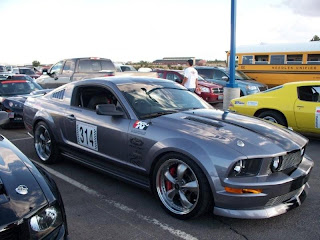 My favorite is of course the Silver Mustang - there is just something about this car that makes me want to hop in and go for a drive!!!
The sponsors for the race are K & N Air Filters, Optium Batteries and Royal Purple Lubricants. Which everyone in the race puts the stickers on their cars for the race.
They have met a few people from around the area, Wakefieild, Ne, Moline, Il and Lincoln, Ne. As for today, Kathy is heading for a mandatory race meeting for the Navigator and the Big Guy is headed over to the football stadium for the car to be judged before racing begins.
Hope you enjoyed seeing what else is going on at ToolDepot247.com, I will keep you posted on the race outcome sometime tomorrow.
Laters
Toolgal :-)~